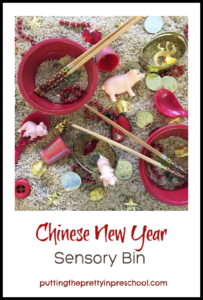 The Chinese New Year officially begins on Tuesday, February 5, 2019, and it will be the Year of the Pig.  The pig is the 12th and last zodiac animal.  Some ancient storied explanations are:

Although pigs often get associated with being smelly and dirty, they keep quite clean if they are in a temperature-controlled environment.  They only roll around in dirt when they get hot, and this is because they cannot sweat.
As far as smarts go, pigs are considered to be one of the most intelligent animals in the world.  As pets they can figure out how to open a cupboard and can be trained to shake a hoof and roll over.

Predictions For The Year Of The Pig

The Year of the Pig might just be a positive one for everyone!  People born in the Pig Year are attributed with an agreeable personality, balanced lifestyle, hardworking nature and enjoyment of life.  These qualities are thought to have a positive influence on all people.

END_OF_DOCUMENT_TOKEN_TO_BE_REPLACED 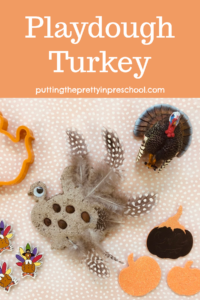 Use this aromatic coffee playdough recipe, or your favorite sensory dough to make a playdough turkey.

Mix and knead all the ingredients in a large bowl. Add a little more flour if needed.

Store in the fridge until use. Take the dough out of the fridge to warm up if there is time.

END_OF_DOCUMENT_TOKEN_TO_BE_REPLACED 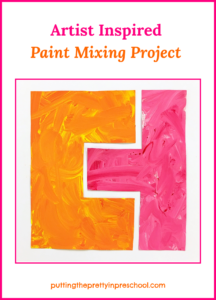 Preschoolers love, love, love to mix paint colors, and I like some unique art for memory albums and/or classroom display. The orange/fuchsia diptych art quilt entitled “Now” by textile artist Laurie Brainerd provides just the right inspiration for children to color mix and have an interesting finished project. The unique paper shapes add interest to the painting project.

END_OF_DOCUMENT_TOKEN_TO_BE_REPLACED 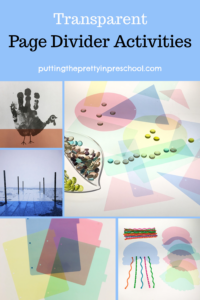 School supplies are stocked everywhere, sales are on, and I’m buying a substantial amount of transparent page divider packets. I’m using them for their usual purpose and setting lots aside for early learning activities. Read on for ideas on how to incorporate these layering page dividers in photos, art, and light table play.

Page divider jellyfish bells and transparent stir stick tentacles offer an invitation to create on the light table. The jellyfish can give each other “hugs” so new colors are discovered.

END_OF_DOCUMENT_TOKEN_TO_BE_REPLACED 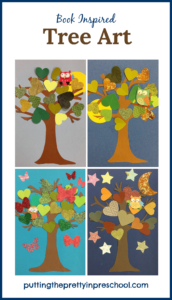 Inspiration For The Tree Art

Trees are a popular art theme, and I love using tree art in a mosaic pattern on a bulletin board display.

Over the years I’ve done a few tree displays celebrating our four Alberta seasons.  This year I chose an art project based on the storybook “Wow! Said The Owl” by Tim Hopgood.  In the story, an owl stays up past his bedtime one summer night and notices the beautiful colors of early morning, midday, and dusk.  The owl loves all the color schemes but decides the night colors are still the best.  As I read the story, I was saying “Wow” right along with the owl, because the illustrations featuring the owl and tree throughout the day are gorgeous!

END_OF_DOCUMENT_TOKEN_TO_BE_REPLACED

These handprint Christmas crafts are all done usin

Happy Thanksgiving weekend to all those celebratin